The next camper I bought was a VW T4 Autohomes Koncord Hightop Camper.

It was the first Autohomes camper that I had owned and I liked some of the design features. The rear seat (and bed) was on rails and could be locked in various positions. It could also be removed along with the rear drawer unit making it easier to put large loads in – always useful for work, taking rubbish to the tip or carrying bikes. surf boards etc. It had all the usual camping features such as swivel passenger seat, 2 burner cooker with grill, sink and draining board, fold out bed in the hightop roof, etc

The furniture differed to other conversions in that it was a wooden frame but the drawers and cupboard doors were made from a plastic laminate so it was very light weight.

Overall it was a very nice camper. 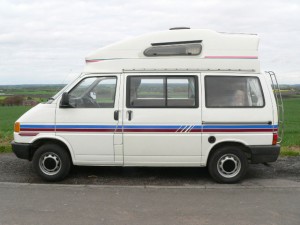 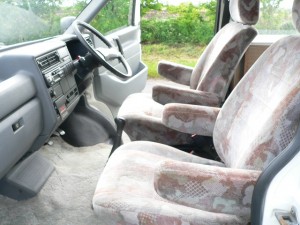 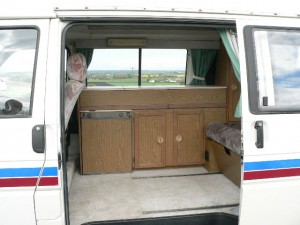 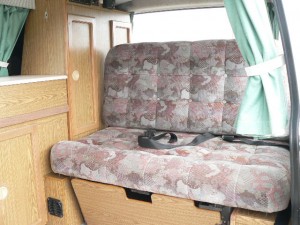 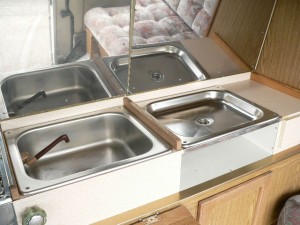 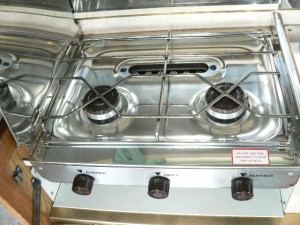 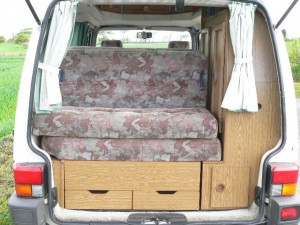