I have been VW camper mad since I was in my teens. Eventually when in my late thirties I bought my first camper (for £500). It was a VW Bay Window tin top camper that needed some work. Over twelve months and £5,500 later I had a beautifully restored resprayed camper with reconditioned engine and new interior ! 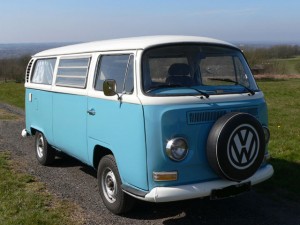 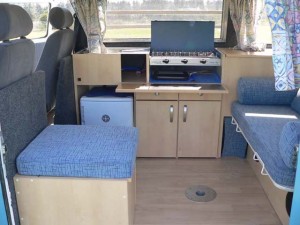 I now had the VW campervan bug and following on from the Bay Window I bought a VW T25 Westfalia Joker Hightop Camper from Germany via UK Ebay. This was delivered to my door by its German owner as part of the deal 😉 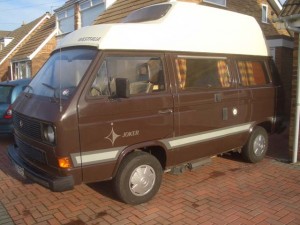 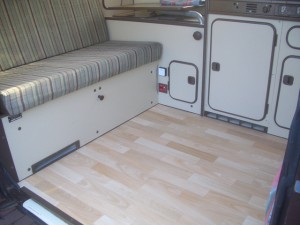 My wife and I liked the VW T25 / T3 Westfalia Joker so much that we decided to upgrade to a later model called the VW T25 / T3 Westfalia California Hightop camper. This was a 1.6TD and had a more modern interior plus luxuries such as power steering and 5 speed gearbox. I found this one advertised in Germany and a week later caught the plane to Germany and drove it back myself. 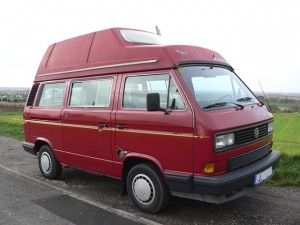 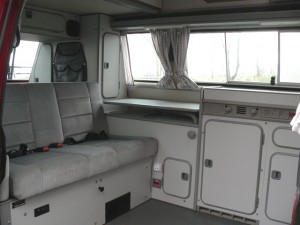 I happened to mention to the dealer who I bought the California off that my dream van would be a VW T25 / T3 Westfalia Atlantic Hightop Camper and three months later he phoned to say he had one for sale. I picked it up from Germany and sold the California !

The VW T25 / T3 Westfalia Atlantic was the best camper available based on the T3 model. Whilst similar to the California it had some subtle differences such as it was fitted with double glazed rear windows, Eberspacher night heater, rear buddy seat box and external side planks as standard. 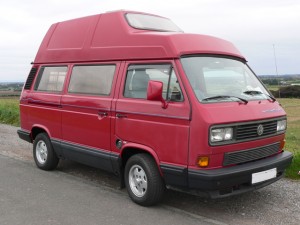 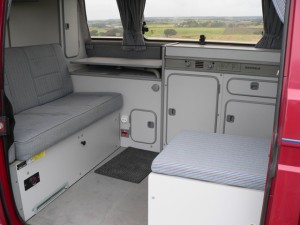 During the time I owned my Westfalia Atlantic I also owned a collection of other VW T25 and T4 campers which I will write about in future posts.